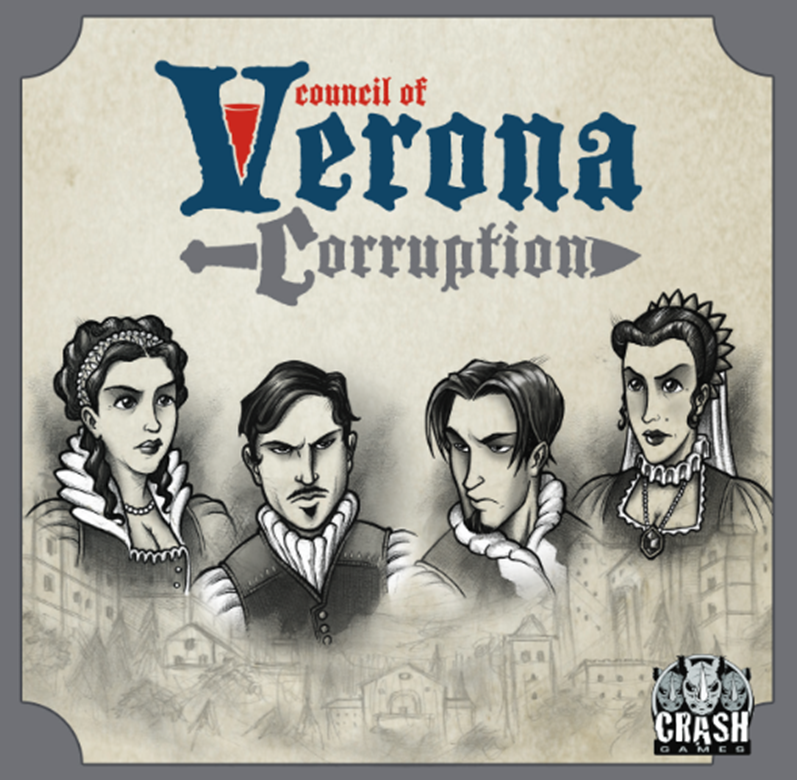 Fellow citizens of Verona, I plead for your joint purpose as we bring the dynasty to level. With power in excess, take what you will, and may the best of us rise to our place.

Georges Bernanos, a French author and soldier in World War I, famously said that “The first sign of corruption in a society that is still alive is that the end justifies the means.” Council of Verona: Corruption, an expansion to the game Council of Verona designed by Patrick Nickell and Michael Eskue and published by Crash Games, explores this concept. The expansion consists of 21 Corruption cards and 1 cloth bag, which are durable and as thick as standard playing cards.

This expansion is just as enhancing as Poison was for Council of Verona. It adds an additional „corruption“ card which can be played on the bottom of one of the nobles either face up or face down, thus introducing a new layer of strategy and bluffing to the game. This allows players to corrupt others in order to achieve their desired outcome without knowing how much their card impacts the list of nobles – adding an element mystery and suspense to their playstyle.

Overall, this expansion offers an interesting take on Bernanos’ quote by allowing players to explore what it means when they believe that their end goal is righteous even though it may involve unjust means.

The Corruption That Dwells Within Us

The first type of Corruption card is the Action card. Action cards are used to give a player an advantage in the game, such as allowing them to draw more cards or giving them extra votes. The second type of Corruption card is the Influence card, which grants a player influence over a character in the game. This influence can be used to control how that character acts and interacts with other characters during the game.

Players can also use their Corruption cards to bribe other players, either by offering them money or resources, or by threatening them with harm if they do not comply with their demands. Bribes can be used to gain additional votes for a particular action or even change another player’s opinion on an issue.

Once all 4 players have selected their 2 Corruption cards and placed them face-down in front of themselves, play begins! Players will now take turns playing their Character cards and using their Influence and Action corruption cards to further their own agenda while trying to thwart the plans of others. At any point during gameplay, players may use one of their corruption cards to gain an advantage over another player or sway public opinion in favor of one side of a debate.

Council of Verona is an exciting strategy game that requires quick thinking and clever tactics in order for players to win! With two different types of corruption cards available, each round offers new opportunities for players to outwit each other and gain control over Verona’s fate!

Oh, What Scandal, What Deception!

At anytime during the player’s turn, they have the option to play 1 Corruption card. There are several ways a player can use their corruption card beyond the effect it lists. It’s also worth noting that any number of Corruption cards can be played to a single Character card.

In the card game Bluffing, players must use deception and misdirection to hide their objectives. One way to do this is by playing a Corruption card face-down to a Character card, making it appear as if it is an Attachment card. This allows players to keep their true intentions hidden from other opponents, since the Corruption cards are only revealed at the end of the game. If the effect of the Corruption card is applicable, it will be resolved; however, even if not applicable, bluffing that something of value was under the card can still have its own benefits. This adds an element of strategy and surprise to the game play, as opponents must guess which cards are real Attachments and which are Corruptions in disguise.

May the Best of Us Rise to Our Place

In the game with Corruption cards, game play continues as described in the base game review. At the end of the game, when players are given the opportunity to play 1 last Influence token, they may also play 1 Corruption card. Any Corruption cards not used during game play are discarded before scoring. When scoring the game, each Character card should be scored separately and the totals recorded for each round for each player. The Corruption cards that were played can change how points are awarded or add additional Influence slots to certain Character cards. The player with the most points at the end of all rounds wins.

Council of Verona: Corruption is an expansion to the base game of Council of Verona that takes the game to a new level without adding too much complexity. The expansion adds a layer of intrigue and corruption, as well as introducing new characters, items, and cards. The main mechanic introduced with this expansion is the concept of corruption, which allows players to gain advantages from their opponents’ hands. This adds a great deal of strategy and tactics to the game as players try to outwit each other by manipulating their opponents’ hands. Additionally, there are new characters and items that add flavor to the game and give players more options for how they want to play. Finally, there are also new cards that increase replayability and provide more variety in strategies for players. All in all, Council of Verona: Corruption is an excellent expansion that adds depth and fun without making it overly complex or difficult for players. It elevates the base game while still being accessible enough for newcomers who haven’t played before.

The Council of Verona expansion is a game add-on that does not drastically change the gameplay mechanics, but rather adds a new layer of bluffing and manipulation. This expansion does not extend the length of the game, but instead adds a subtle element of strategy for players to consider. Specifically, it introduces Corruption cards which are placed face-down in front of each player and can be used to either gain points or sabotage an opponent’s plans. The Corruption cards also require players to pause and think more deeply about their moves, as they must consider both their own benefits and potential risks associated with them. Ultimately, this expansion will appeal to those who already enjoy Council of Verona and are looking for a new way to challenge themselves and their opponents.

The Council of Verona: Corruption expansion has been met with mixed reviews from the Gamer Geeks, some feeling it is unnecessary. However, this expansion fits seamlessly into the game and its strategic and tactical play. It does not feel like it is adding much because it blends in with the background of the game. The true impact of the Corruption cards is only seen when scoring points; they can give players a significant advantage if used correctly. One point more than an opponent can be enough to win a game, and opponents may not even realize how influential these cards have been until after their defeat.

Council of Verona is a fantastic Bluffing game that has been a favorite of mine for some time. Its light and strategic nature provides an enjoyable depth of game play that always leaves me feeling satisfied. The new expansion, Council of Verona: Corruption, adds an extra layer of complexity without adding too much burden to the overall experience. It emphasizes the power of subtle manipulation, strategic timing and tactical table talk in order to distract and misdirect players from their true objectives. If you are a fan of the original game, I am confident this expansion will be an enjoyable addition to your gaming collection.

Click below to purchase your copy of Council of Verona: Corruption on Amazon 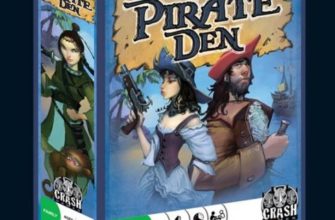 Pirate Den
The Basics: For ages 8 and up (publisher suggests 14+)
015
Yardmaster
The freight is rolling into the yard and it’s up to
016 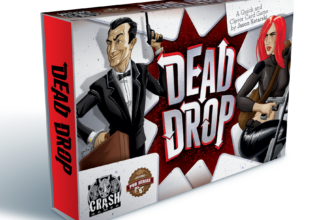 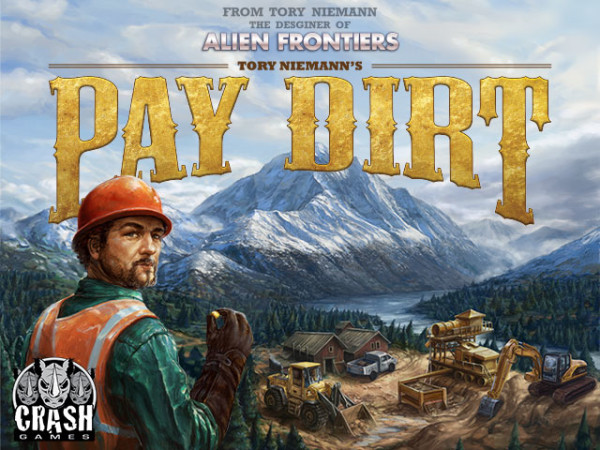